Having been featured on NPR, Yahoo, MIC.com, SiriusXM, TED Talks and more, D’DAT has been described in the aforementioned terms for good reason. Combining the hard- driving instrumental fire of award-winning trumpet player Delbert Anderson, the deep funk of international touring artist and drummer Nicholas Lucero, and the intellectually explorative and expanding groove of Mike McCluhan on bass, D’DAT has carved its own path with high desert-forged influences and world-class musicianship.

DDAT is just at home in an intimate venue as it is on a festival stage, as the past several years have proven. The group has burned up smaller clubs, but it also has taken part in such memorable international collaborations as its concert with Mongolian master throat singer Baatarjav Erdene Tsogt. It has played beautiful theaters throughout the U.S. and Canada, while performing in high- profile outdoor settings such as the Taos Vortex Festival, the Ridgecrest Petroglyph Festival,  Globalquerque!. DDAT also has been featured at TED X and performed its trademark "DDAT Suite" with a full wind symphony at Eastern New Mexico State University. Regardless of the setting, DDAT consistently delivers memorable performances with literally no boundaries.

Hailing from NY originally - Mike has had a long career playing bass with literally countless artists. Drawing heavily from such varied musicians such as The Grateful Dead to Charles Mingus - Mike is well known for his versatility and his innate ability to play any style of music and play it well. Mike provides music education for various communities through private instruction. Mike provides the jam and groove for DDAT and is excited to share and explore hidden territories of music!

Born in Albuquerque, NM and raised in Southern Colorado - Nicholas has had the opportunity to play with several great jazz artists. Playing music since he was 5 - Nicholas played Tenor Sax, Piano and Marimba but eventually found his voice on the drums. Focusing mostly on Jazz and being heavily influenced by artists such as Chick Corea and John Coltrane - Nicholas has used his playing as a vehicle to perform across the US, Canada, and Europe. Nicholas is focused on bringing DDAT's musical perspective to the scene and constantly pushing the envelope with DDAT's playing.

Delbert Anderson began his music career in 2010 after attending Eastern New Mexico University. Anderson studied and performed with many of today’s jazz greats. Anderson is a composer and arranger with many successful national music projects. Delbert created DAT (Delbert Anderson Trio) in 2013 which later developed into DDAT. Anderson’s schedule consists of music education and active performing/touring. Anderson's music is highly influenced by Diné music fused with jazz/funk. Anderson continues to push the limits of fusion music and be an ambassador of Navajo Cultural Music. 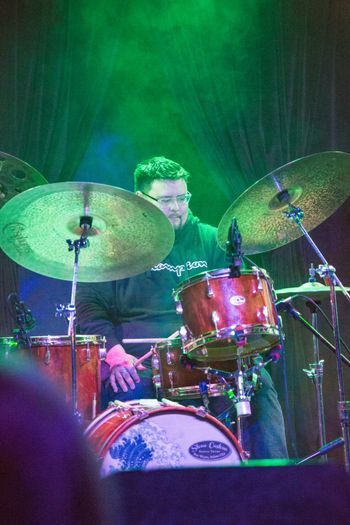 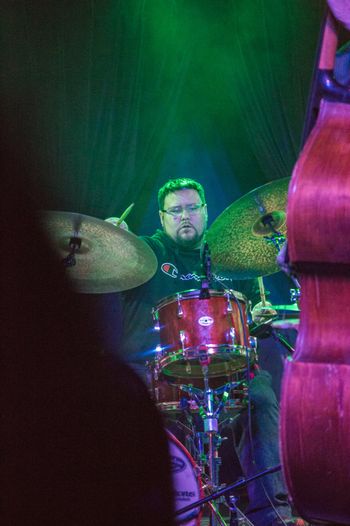 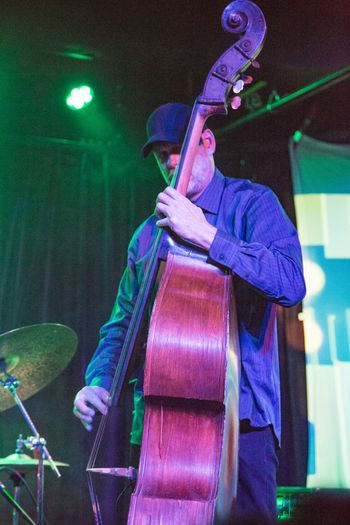 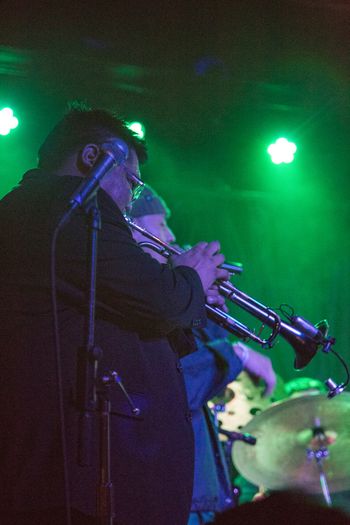 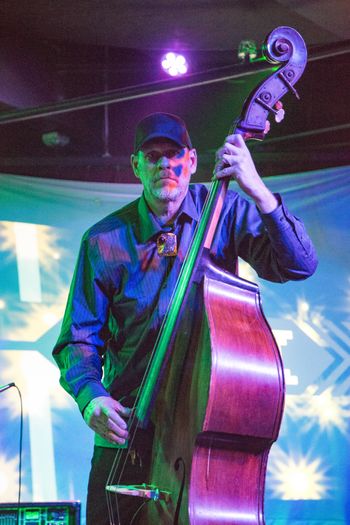 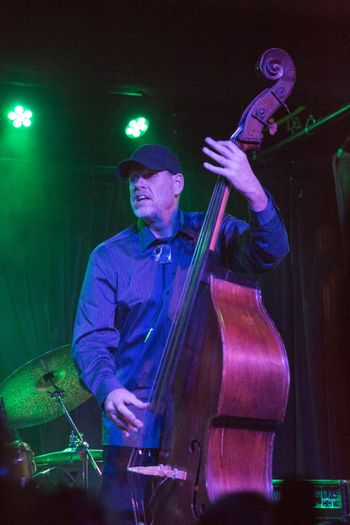 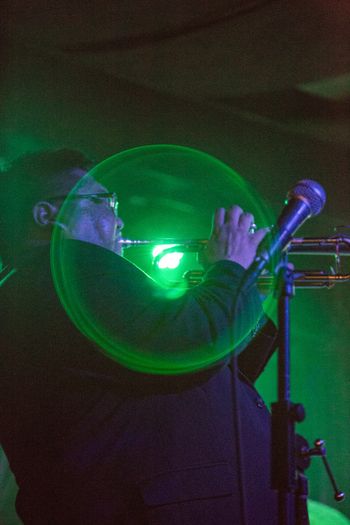 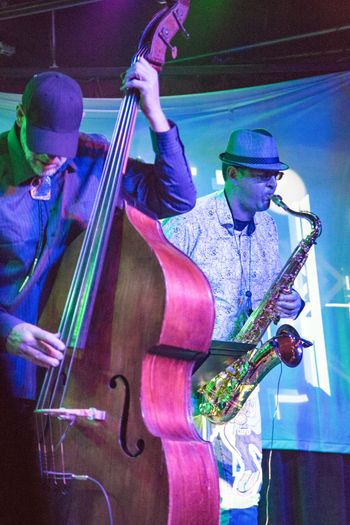 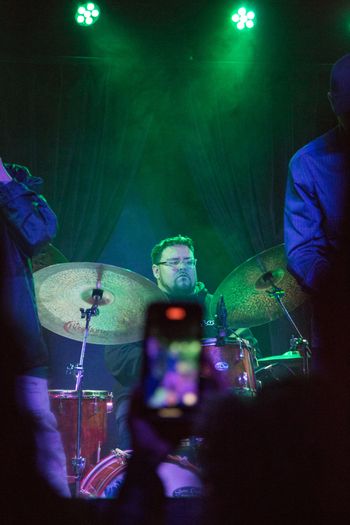 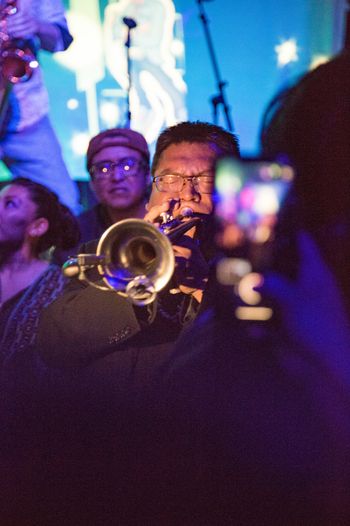 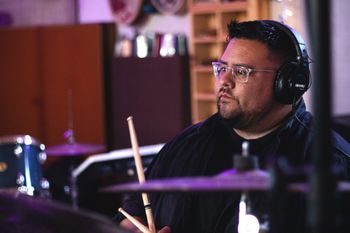 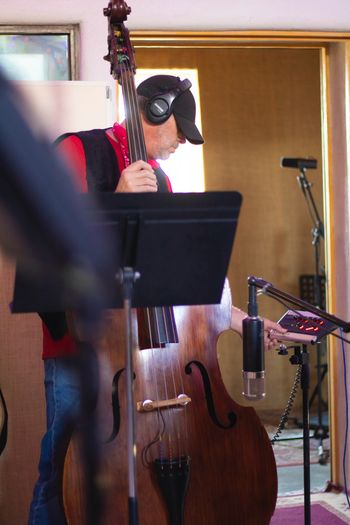 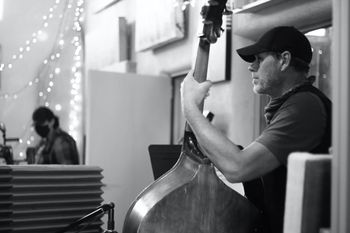 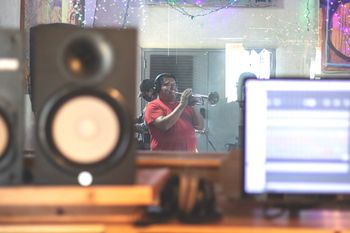 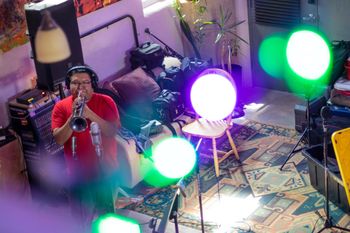 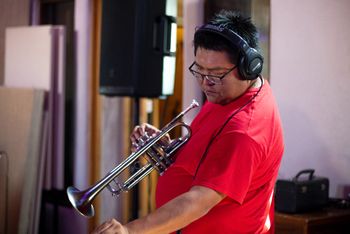 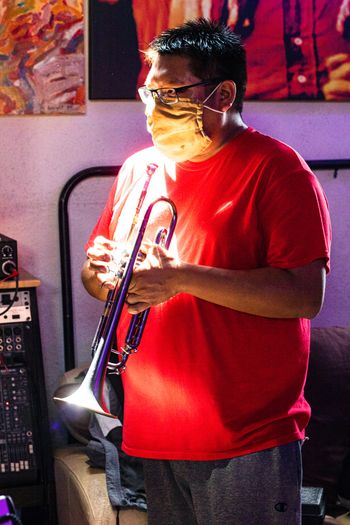 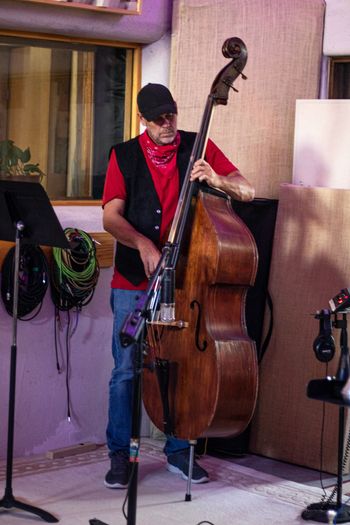